Please update your script:
If a client is moved into a channel without enough permission, the invoker will be punished and not the client itself.

In earlier versions a client could kick/ban other clients by moving them into protected channels!

It is now possible to punish a client after several attempts to join a protected channel if he has no permission.

- kick or ban the client after several attempts
- Attempts can be configured
- First attempt won't count towards the punishment, because the client does not know, that the channel is protected
- configure in minutes when the "first try" channel list is resetted and the attempts are set back to 0
- - each client is observed individually when the reset happens 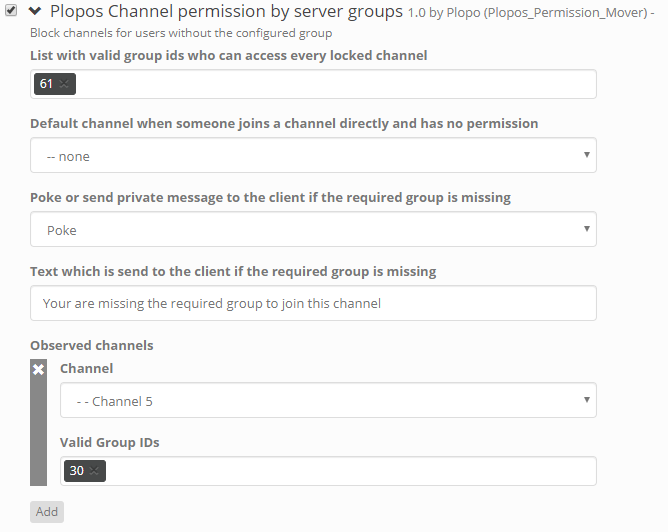